Like everyone who ever knew him, we are reeling from the abyss that has opened before us with the passing of our co-founder, Senator Jim Ferlo. Jim was a pillar of strength, and the rock on which, 25 years ago, a vibrant and productive relationship was forged with the people of Cuba through the Pittsburgh-Matanzas Sister Cities Partnership. He served as our President until December of last year when he stepped back and became Treasurer. At our last board meeting on May 10th, he showed his continued passion by discussing the planning of an event to help expand our membership drive, support the Pastors for Peace Caravan, and promote our partnership with Global Links in addressing Cuba's need for medical supplies.

All his life, he yearned to make the USA a nation that practiced humane ideals of justice and equality by applying these principles to the relationship with the Cuban people and the country they aspire to build. He was passionate about building a better world out of the ashes of colonialism and imperial exploitation and absolutely detested the Cuban Blockade. The Blockade stands as an example of that abysmal US policy. In his ‘youth’ and before he entered electoral politics, he raised funds for the first US solidarity activity in the Venceremos Brigade that challenged US sanctions against Cuba resulting from the cold war. Cuba was always an experiment in democracy that inspired him, and he remained committed to this cause up until the very moment of his death. It was his passion to ensure that the Cuban people have the fundamental right of sovereignty as they aspire to build a society where healthcare and free, universal education were basic human rights. He recognized that Cuba practiced what they preached. Jose Marti, who died on May 19th, Senator Ferlo's birthday, declared that “Humanity is my homeland.” This was a sentiment that our precious friend held dear to his heart. A proud gay man, and public servant his entire life, he was a revolutionary at his core.

We invite you to join us in carrying on with The Senator's life’s work! Become a member of our Organization!

If you would like to support the continuation of Senator Ferlo's devotion to Cuba donations are welcome either to the Pittsburgh-Matanzas Sister Cities Partnership via PayPal. Checks may be sent to: Pgh-Mat Sister Cities, P.O. Box 9003, Pittsburgh, PA 15224.

Or in his name to: Global Links - www.globallinks.org/ways-to-give/one-time-gift. Check may be sent to: 700 Trumbull Drive, Pittsburgh, PA 15205.

For further information, please contact Lisa Valanti; lisacubasi@aol.com or at 412-303-1247. 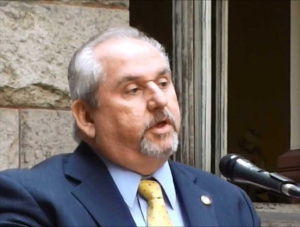